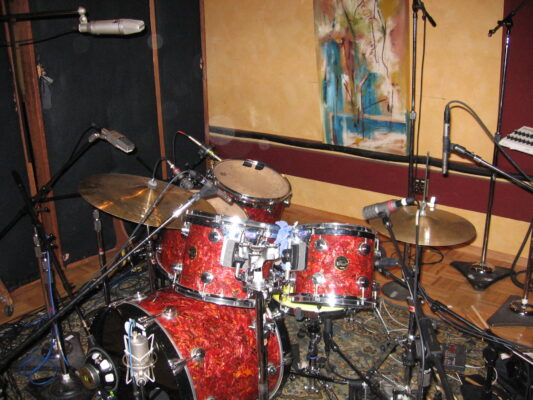 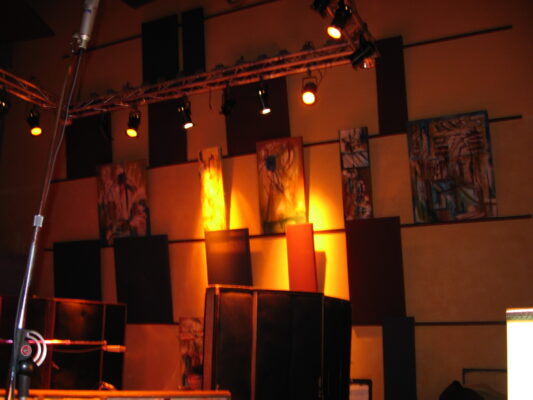 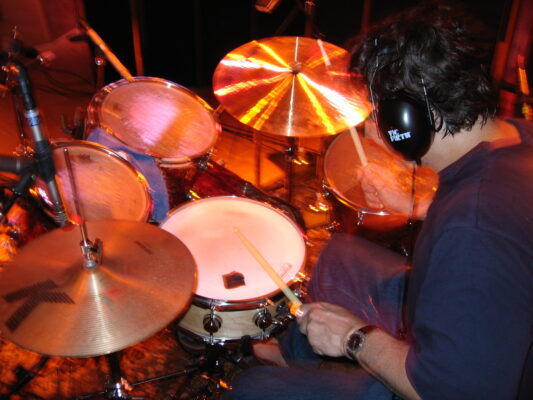 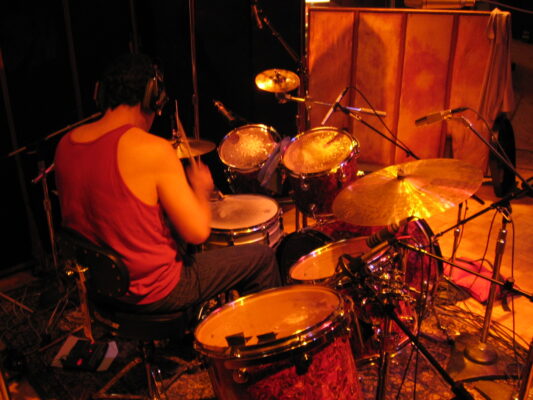 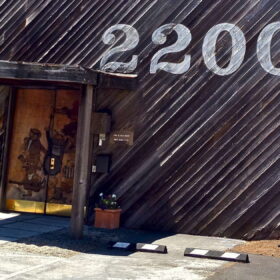 “The unassuming, redwood clad building just north of San Francisco, California at 2200 Bridgeway in Sausalito, opened in the early 1970’s as Sausalito Recording before becoming the Record Plant in the fall of 1972. The Record Plant, Sausalito was the third in a chain of Record Plant studios operating in Los Angeles and New York. “The Plant,” as it was later known, would become the location of some of the most successful & popular recordings in music history. The Record Plant, the studio is credited on 5 of top 50 Best-Selling Albums of All-Time” — SOURCE: MUSIC ORIGINS

Now, this was a drum room! When we booked a recording session at The Plant in Sausalito, CA, we went straight to the big room, Studio A, to capture the drums for The Plant Sessions.

And, when we say big, we mean absolutely huge. No exaggeration necessary, this was, without question the biggest recording space we had ever put drums in – it was absolutely massive in width and length as well as height. It easily went up 50′-70′ and had to be 75′ wide and 50′ deep.

But, the sound was totally controlled and workable – it could be as huge as you wanted or as dry and intimate as you needed. It was clear to see why this was the go-to room in the Bay Area when it came to drums, whether it was a soft rock act like Fleetwood Mac or heavier groups like Metallica (when they rocked, that is). Speaking of Metallica, an interesting engineer’s story came up while we recorded there.

After loading in and getting set, we just happened to be observing the space and noticed that the walls had a distinct line where one color of blue paint ended and another, slightly different shade of blue began. We weren’t sure why such an obvious and noticeable difference in color was on these studio walls, so we asked.

Sure enough, the reason became clear.

When Metallica recorded Garage, Inc in Studio A, Lars evidently didn’t feel the drums were “big enough.” So, rather than moving recording to a bigger (not sure if one existed within 500 miles of Sausalito) or different room, what does the band do?

Now, mind you, this is the mid-90’s and the band was flush with cash, having ridden the massive wave of airplay, touring, and recorded sales that was the Black album. Well, Metallica put recording on hold and had the roof of The Plant studios raised. By a good 30 feet or more.

Right where the two tones of blue paint met was The Plant studios pre- and post-Metallica.

So, Lars got the bigger room he wanted and recording proceeded as planned, right? Well, according to our recording engineer, they still wound up flying in samples to get the drums big enough for Lars’ liking. All the studio renovation expenses, months of delay in recording, and they still turned to drum samples. Ah, rock and roll delusions of grandeur.

And, here we were recording a few drum loop packs for a few days in rather un-Metallica-like fashion, no-frills and all. A great time, with some great drumming styles captured in these sessions.

The Plant Sessions include the following Beta Monkey releases: 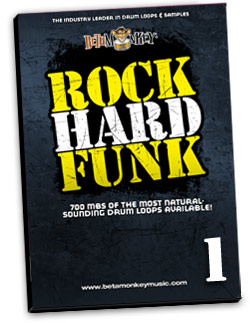 Rock Hard Funk I Bay Area Funk  Add some live fusion funk drums to your sample collection with Rock Hard Funk! Over 1000 hard grooves spanning 55 bpm to 156 bpm, Rock Hard Funk I mixes a rock attitude with a funk and fusion sensibility. Its live and open drum sound will cut through your mix, with crisp snares and EFX percussion and the playing will take your fusion and funk drum tracks to a whole other dimension.

A true powerhouse of groove, whether you’re after heavy four on the floor grooves, accented syncopation on the hats, bursts of snare fills or implied metric modulation – few funk groove collections can touch the groove foundations of Rock Hard Funk I. 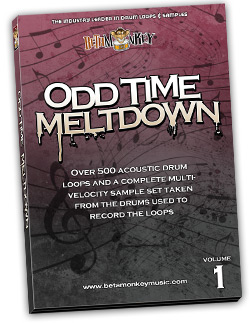 Odd Time Meltdown I delivers highly technical progressive rock and fusion grooves in multiple odd time signatures. Take a bit of Oakland funk, mix it with Zappa-esque recklessness and you’ve got a collection of drum beats that stands apart from the pack. 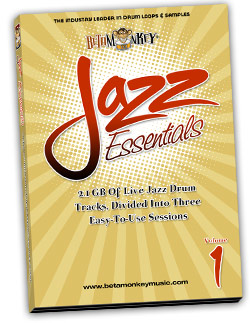 Songwriters will quickly find the jazz groove they need, with authentic jazz stylings at a cool and relaxed 100 bpm to cooking and blistering bop at 325 bpm – there’s a jazz groove here for everyone.