Five Ways to Process Drum Loops to Stand Out from the 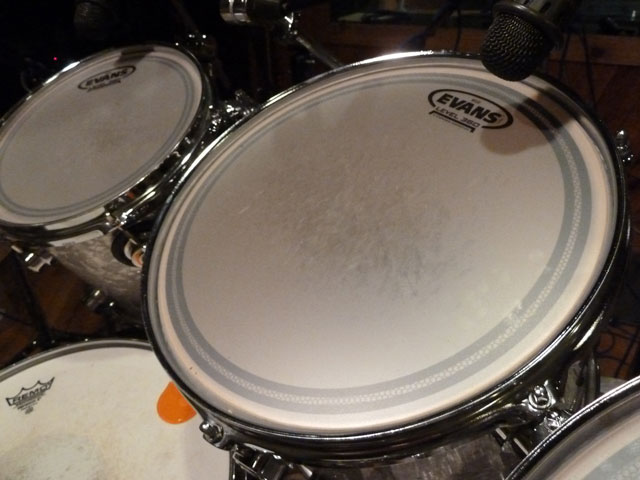 Crowd or: You Don’t Have to Sound Like Everyone Else

Probably one of the worst kept secrets about drum loops is that everyone who uses drum loops in their songwriting (and, believe us, there are a lot of you out there!) doesn’t want anyone to know they are, in fact, using drum loops. We want our listeners to think it’s a drummer playing a full take, start to finish – the way drums were recorded up until the advent of digital audio workstations (DAWs) and the like. Of course, we’re not talking about musical genres where loops are expected and par for the course – we’re talking about musical styles where live drumming is traditionally expected.

While all Beta Monkey drum loops are exactly that – live drummers playing their hearts out on an acoustic kit, toiling away for hours or days to record all the drum parts that typically comprise a drum track – what can you do to stand out if thousands of other songwriters are using the same loops as you?

Attentive listeners may hear your tracks and think to themselves “Hey, I’ve heard these drums before!” It’s the exact same situation when you hear a track using any of Toontrack’s drum instruments – a lot of people are using those samples so the drums on so many different songs sound far too homogeneous. Gone are the days of when you heard Bonham’s snare, kick or cymbals and knew it was a Led Zeppelin song within a bar or two. Or, the washy cymbals and wonky snare of Alex Van Halen and listeners knew they were in for 3-5 minutes of The Mighty Van Halen. Those days may or may not be over (let’s hope they’re not and bands realize the time and effort spent capturing unique, signature drum sounds are worth it), but all is not lost.

Here are five ways to help your loop-based drum tracks stand out from the crowd, despite the fact thousands of others are using the very same drum loops you are.

1. Duplicate and Isolate the Drum Sounds

Any drum loop can be transformed or modified by replacing the sound of its component drum voices. To replace the kick drum or snare drum (particularly the snare as it is the most recognizable and signature voice of a drum beat), isolate the drum in question by making a copy of the drum loop and processing the copy with some EQ and a gate – allowing you to remove all the sounds you wish to keep in the duplicate loop. For example, you might want to add more low-end to a bass drum. Or, you may want to create more attack and presence. By focusing on one drum in the duplicate loop, you can get the sound you’re after and then blend it back with the original. It might go something like this:

If the duplicated versions don’t get you the sound you’re after, many different plug-ins can be used to replace the drum sounds. Slate’s Trigger and apulSoft apTrigga are two such popular options. Most DAWs also feature an “audio to MIDI” capability as well. You may, however, find it necessary to manually edit transients in the loop (either adding or subtracting transients the program is not reading properly) before creating the MIDI loop from the audio. Once you’re satisfied with the resulting MIDI, you’re free to use any number of sample options, be it from your personal collection of samples or the well-known commercial sample collections that many others use.

Several third-party software options also will help you with isolating and transforming your loop’s drum sounds. Accusonus’ Regroover as well as GrooveExtractor Lite are two such tools to consider if you’re looking isolate and transform your loops.

Read here for more info about the topic of converting audio to MIDI.

It’s always an interesting experiment to transform drum loops by slicing and rearranging the rhythm’s parts. How you go about slicing the drum loops will depend on your DAW of choice. Ableton Live, for example, offers a “Slice to MIDI” functionality. Once a loop is sliced to MIDI, program in a new groove with the individual sliced samples. To further customize and transform your new MIDI groove, adjust the note velocities of the different groove elements to completely change the vibe. That slammin’ rock loop might find new life as a mellow pop groove (by lower note velocities) or something even at home in hardcore electronic music (bring them all up and consistent across the board for that mechanical feel).

Another “slice and dice” approach might be to take a four-bar loop and reach for the groove playing in bars 2 and 3. Most drummers will think it terms of a one-bar phrase, two-bar phrase, or four-bar phrase (and beyond). But, if you’re only after the tasty groove somewhere in the middle, it’s as easy as copy, paste, and edit. You might even take three of the four bars and use that for a quasi-polyrhythmic vibe against the main rhythm of the track. Nothing is as interesting (maybe baffling) to the listener’s ears to hear a 3-bar phrase playing against 2 or 4-bar phrasing.

Changing the drum loop’s sound can also be as simple as applying EQ. Even with the best-sounding drum loops, their mix is not always going to work for what your overall track needs. Emphasizing or de-emphasizing certain frequencies is usually a must to give the loop its proper sonic space within your mix. Subtle EQ adjustments may be all you need to change if you’re working with the stereo loop.

Another option is to create a new sound for your drum loops is create duplicates takes of the loop, having each duplicated loop emphasizing a particular frequency range. You might try three duplicates, each one highlighting either the Lows, Mids and Highs. Try mixing and blending the EQ-focused duplicates to taste. This approach will give you more pinpoint control over the frequencies you wish to enhance or reduce.

With the loop split by frequency, you can then experiment on the treatment of each beyond EQ. Try some compression on the low-end to add some thickness. The mids usually respond well to reverb or delay, allowing you to create some overall depth to the drum sound. Maybe for the highs in the third loop you can try other effects. Be sure you add processing to the duplicates while listening to them together to make sure the overall sound is the one you want to hear.

Of course, your current DAW likely has a multi-band tool at your disposal. There are a number of notable third-party multiband processors out there if you’re really looking to exploit this option.  iZotope’s Ozone and Blue Cat Audio MB-7 Mixer 2 are two paid options. If you’re looking for some multi-band processors, consider the following:

ReaPlugs VST FX Suite – REAPER’S FX plug-ins for use in REAPER or other hosts (includes compressors, delays, EQ and more):

If you really want to get extreme with transforming acoustic drum loops, there is no shortage of plug-ins designed to apply ample amounts of glitch and stutter effects. Stutter from iZotope is a well-known option.

We’re working on an article that will go in-depth on this subject – link to follow here when it’s completed.

A tried and true method of adding serious punch, depth and weight to your drum loops (or, any drum track, for that matter) is parallel compression.

Parallel compression is commonly used on drums, with the technique often referred to as “New York compression” or the “New York drum trick.” It’s achieved by mixing the original, unprocessed track with a heavily compressed duplicate version.  The benefit, of course, is the ability to keep the live dynamics of the original with the added weight of the (usually) heavily compressed duplicate. Achieving the perfect balance between the two is as easy as adjusting the faders.

In your DAW, simply create a duplicate of your drum loop and apply compression to that track. You can really squash the daylights out of the duplicate, as you’ll be bringing it up in the mix gradually until you’re satisfied with the results. The following examples uses drum loops from Rock Hard Funk III.

Keep the attack time of your compressor as fast as possible, coupled with medium release and a compression ratio of 2.5:1. These are good, safe starting points, but you’ll know best for the type of sound you’re after. Experiment with the settings on the compressed duplicate loop track, from subtle to extreme. Generally, really squashed audio will draw out the room sound – this might be the exact depth and richness you’re looking to add to the original. There are no rules here really – trust your ears and blend until you’re reached that sweet spot of original and compressed signals.

It doesn’t take much to creatively alter and process your drum loops as any of these five processing methods will take your existing drum loops to a new place. Whether it may be subtle or extreme, processing your drum loops will help your drum tracks stand out from everyone else. And, isn’t that what most songwriters want after all?