We just released another slamming metal sample library in the Double Bass Mania Series. And, so it’s always nice to hear that others see our work the same way we do: as the most usable and versatile live drum loops available anywhere. And, what makes 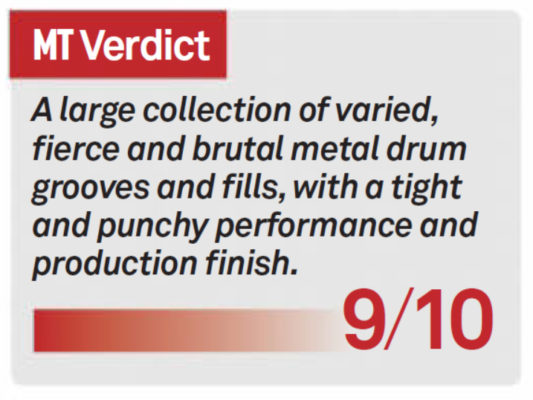 this review particularly rewarding is that is so highly praised for a genre seldom covered in the world of drum samples: metal.

As always, a big “hats off” to the folks over at MusicTech Magazine for recognizing the quality and value of the powerhouse collection of metal drum loops found on Double Bass Mania VIII.

A bit of what MusicTech had to say about Double Bass Mania VIII:

If you’re after some intense metal drum grooves to add power and excitement to your tracks, then you might want to check out Double Bass Mania VII from Beta Monkey Music. Recorded and mixed by one of metal’s leading engineers, the library contains over 1GB of deep and punchy toms, fierce snares, and fast but tight kick-drum rolls.

Get some serious metal into your music today: Double Bass Mania VIII